Courtesy of The Guardian:

CEO Jack Dorsey’s turnaround effort has seen the social networking firm’s shares fall 41% since October. Perhaps it should stop trying to be what it is not!

“There is no other platform as powerful or as inspiring,” read one from an ad exec. “I want to say I was there,” read another. Another posted a picture that showed how “your comfort zone” and “where the magic happens” are two distinct places. He may have the support of staff, but Dorsey will need a lot more than upbeat tweets to make it through Twitter’s latest period of crisis.

The company’s share price is in freefall, dropping more than 41% since Dorsey was named permanent CEO in October. Twitter has had seven product heads in six years, the service is failing to attract new users, and investors are frightened – continually comparing Twitter unfavourably to Silicon Valley’s most fashionable company, Facebook. And on top of all that, Dorsey is trying to midwife the difficult birth of his second company, the payments firm Square, at the same time.

Twitter, which did not return calls for comment, now claims 320 million users every month, 79% of whom are outside the US. But investors are concerned that audience is no longer growing rapidly, and Dorsey has made user growth the key metric to watch in his turnaround effort. Shareholders also compare Twitter’s progress with that of Facebook, which had 1.59 billion global users as of December 2015, yet Facebook is a very different business based on a closed, selective network compared with Twitter’s outward-facing publishing platform.

Continued pressure on the firm is taking its toll on staff, many of whom are based in Silicon Valley where talent is highly prized and easily poached. Panic set in on 24 January when news broke that four of the company’s senior executive team were to leave. Twitter’s stock fell more than 4% following the news. On 10 February it releases its next set of quarterly results and investors will be punishing if, once more, the company fails to deliver.

“I’m not very optimistic about Twitter,” said one partner at a Silicon Valley venture capital firm who did not want to be named. “I think Twitter is on a slow decline, and I’m not necessarily sure what feature set they could bring out that’s going to ramp up their user growth.”

On the other hand, many other investors said Twitter isn’t going anywhere. One Twitter backer said his investment was on its way to becoming “furniture of the internet”, much like Wikipedia or Craigslist. That may be a compliment in America’s manufacturing towns, but not in Silicon Valley, where startups are obsessed with showing exponential growth and promise for future development.

One of the biggest challenges for Twitter is to simplify the service for new users. Veteran technology commentator Walt Mossberg has described Twitter’s convoluted “secret handshake” of rules and conventions, which can be confusing and intimidating to new users. 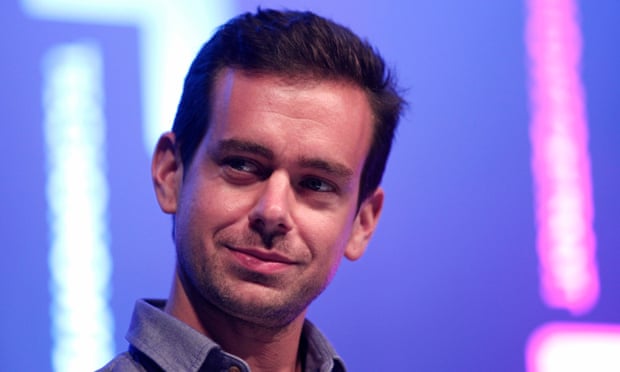 “It can take up a lot of time,” said Ryan Lawler, former tech journalist and now partner at the venture firm 500 Startups. Lawler recently decluttered his digital life, unsubscribing from every Twitter account he followed, and then slowly started to add back useful accounts. He realised how complex Twitter is for new users. “It’s just such a painful process,” Lawler said. “If I were my mom or my dad, I don’t know how I would start.”

There are reasons to be cheerful. Revenue, mostly from advertising, was up 58% to $569.2m during the three months ended 30 September 2015. According to Bloomberg data, of more than 100 technology companies with at least $2bn in revenue for 2015, only one company had a faster pace of revenue growth in that quarter than Twitter; little-known tracking firm Zebra Technologies.

Twitter considers itself to be more engaged with the complex geopolitical issues of running a global communication platform than some of its rivals. At the company’s developer event in San Francisco in October, Dorsey said: “Twitter stands for freedom of expression, and will not rest until that is recognised as a fundamental human right.” Scott Kessler, an S&P Capital IQ analyst who covers Twitter, has a better idea: shut up about user growth and emphasize the health of the business.

“If there’s an opposite version of the flavour of the month, Twitter is it,” said Kessler, who stressed that he rated the company a strong buy. “They’re being lumped in with [poorly performing tech firms] GoodFit and GoPro. Those two companies make personal electronics – Twitter is a global communications platform that continues to grow revenue. I would try to shift the conversation from MAUs [monthly active users] to … well, fill in the blank.”

Kessler observed that the company’s advertising revenue approaches $2bn and that its $3.5bn in on-hand cash isn’t being used particularly well. If the company wants to beef up its standing in the stock exchanges, Kessler said, it should not start all its earnings calls with apologies and buy back some shares to please investors. “The shares are in our opinion excessively oversold; that has more to do with negative sentiment than negative fundamentals,” he added. “Someone needs to kind of take a stand and hopefully they’ll emphasise some of the positives and not “work to be done”.