Courtesy of the Buffalo News:

The forward march of unregulated and unchecked profit-mongering does not pause to recognize human suffering. This is true in all corporate businesses, but it is perhaps most relevant to the live music industry and big-league sports.

The heartlessness of the secondary ticketing industry was underscored on Monday, when presale tickets for Tragically Hip fan club members eager to catch one of the dates on what is likely to be the band’s farewell tour went on sale. They seemed to disappear within seconds, only to show up on secondary ticketing sites within minutes, for as much as 10 times the face value amount.

Given that Hip singer Gord Downie has been diagnosed with terminal cancer, and these shows have been conceived as a deeply felt thank you to longtime fans, the high prices seemed particularly offensive.

Scarcity of tickets and high-priced secondary seller options are now a firmly established part of the concert game. So what can we do to change this? I interviewed myself with questions many of you have asked me and tried to come up with some answers to the ongoing problem. The end result: I’m not so sure there are easy answers to be had.

Question: How can we reclaim control of our concert experiences?

Answer: The only way we’re ever going to be able to fully reclaim our music and our concert experience from those who seek to wring largely undue (if legal) profit from it is to boycott any form of scalping. Vote with your wallet, by keeping it closed. Refuse to pay more than face value for any ticket, ever.

That said, I’ve gone the secondary seller route for tickets in the past, and I’ll quite likely do it again. We might win the battle by managing to score good tickets on occasion. But so far, we’re definitely losing the war.

Q: Sen. Chuck Schumer came to town for a press conference following the Paul McCartney concert, for which thousands of hopefuls were unable to get tickets. Didn’t this fix the problem?

A: No. Senator Schumer focused on “bots,” computers that snatch up multiple tickets rapidly. He proposed legislation that would “pull the plug on bots.” Schumer and New York Attorney General Eric Schneiderman have focused media attention on the problem. But nothing has changed. 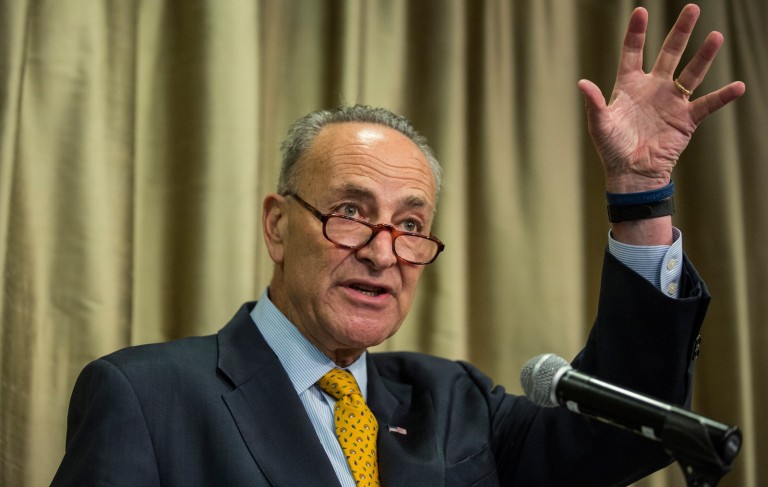 A: Because bots are only part of the problem. Presales are another part. Many artists designate a portion of ticket allotment for VIP, fan club and various other presales. Promoters like presales too, because they reduce risk. Secondary sellers and speculative ticketing – this is basically legal scalping based on projected tickets a broker plans to have available, not actual tickets – add to the mess.

Q: If I want to get tickets for the Hip shows in Canada, what should I do?

A: Be persistent. Many people who were initially shut out during the Hip’s registered user fan presale on Monday had more luck on Tuesday. I’m not entirely sure why this happens. Tickets seem to be released in stages. The long and short of it is this: If you want tickets, keep trying.

[Read: A humble request from Buffalo to Gord Downie and the Hip]

Q: Should I buy tickets on a secondary site, like StubHub?

A: That’s a personal decision, based on how much those tickets mean to you, and what you deem them to be worth. I’ll say this, though: If you’re purchasing a ticket on StubHub, and those tickets have not officially gone on sale to the public yet, you’re taking a big chance. Don’t do it.

A: I believe a ticket that costs me a week’s salary is an overpriced ticket. I think $100 for a good seat should be the cutoff point. We are used to paying ridiculous prices these days, but that does not make them any less ridiculous.

A: They make me physically ill. I have no desire to meet or greet the musicians, or to have a pic snapped quickly, and then be shuffled off to a side room in the backstage area where no one in the band actually goes, and wonder why I can’t at least get a cold bottle of beer with my VIP laminate.

These things are a rip-off. In my experience, artists who actually like meeting fans don’t tend to charge those fans for the privilege. They hang out by the bus or backstage and chat with them. For free.

Q: What Hip shows will you be going to?

A: As of now, none. I didn’t even try to get tickets during the presale.

But who knows? I’ll wait and see what happens. And if I don’t get lucky, well, I have 25 years’ worth of magical Hip shows to remember.